The Sky is Falling, According to the MSM…

The language contained in this post is not safe for work, your children, grandmothers, or small housepets.

Allow me to explain why, exactly, I’m not freaking out, triggered, or otherwise offended that audio was released over the weekend from a decade-old conversation with Access Hollywood with then-host Billy Bush. Driving around the studio backlot, the following conversation occurred:

Anyway, you get to hear what he said. In a private conversation, between two men, Donald Trump made comments about a woman’s figure and how he would like to, in today’s slang, “tap that”, and given the opportunity, grab her where the sun don’t shine.

Did he physically touch her? No. She shot down his advances, despite a trip to Jordan’s or something like that. All Trump is guilty of is mouthing off (something he VERY much needs to work on, which everyone on both sides of the aisle have been saying throughout the entire campaign) and irritating the Establishment.

Folks, this video would have never come to light if the Clinton camp wasn’t Very Worried right now. This tape wasn’t “just” found. Somebody somewhere has been sitting on it, waiting for a big news story (like the so-called October Surprise) in order to distract voters from more important issues. I mean, who needs Julian Assange when we can get away with saying “pussy” over and over and over? C’mon, even Joss Whedon managed to slip the British equivalent into “The Avengers” (2012), and if you know THAT but know nothing about the execution of an Iranian nuclear scientist who was killed after HRC mentioned his name on her unsecured email server…get your priorities straight.

This video is naught but a big shiny object and the MSN couldn’t care less about what Trump says about women. Proof? 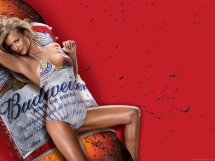 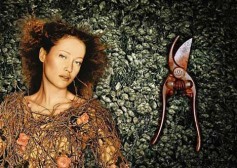 Can someone please explain to me what a half-exposed woman on a beer bottle, a scantily clad (likely underage) girl, a 3/4 naked woman, a chick wrapped in wire, and boobs (MY EYES ARE UP HERE) have to do with selling beer, bad food, perfume, pruning shears, and video games, respectively? Oh, sex sells, right. That’s why we could easily see ANY of this on a billboard on the highway or in Times Square.

I could get into all the rap music that glorifies the mistreatment of women, but this is a blog post, not a novel.

Our options are thus: vote for a guy who said something stupid ten years ago (and yeah, the stuff I hear in the halls of school on a daily basis are worse) or vote for a woman whose husband is a KNOWN serial, sexual deviant and will be in the presence of thousands of potential victims who may not understand that it is okay to say “NO” to the First Gentleman, for fear of upsetting Madame President, who in turn has a history of covering up her husband’s awful behavior.

Everyone has said it. No one cares. He just happened to get caught on tape saying it. 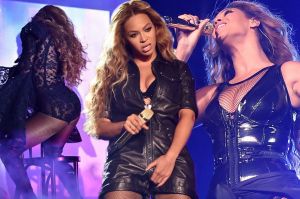